Now that pROC is released, it is time to see how it can be used. Here is an example of a typical analysis: 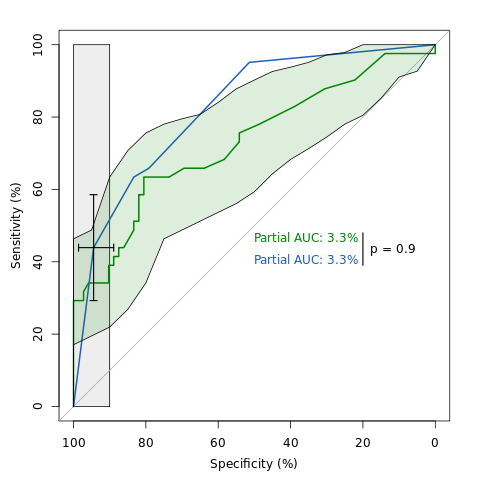 Here is the code that was used to generate this image. The first step is to load pROC (don't forget to type install.packages("pROC") if you haven't installed pROC yet!) and the aSAH data that is provided:

First we'll build the ROC curves. We want the sensitivity and specificity in % (thus percent = TRUE) and a partial AUC between 90 and 100% specificity:

Now, the main feature of pROC is the comparison of two ROC curves. Again we use 10000 bootstrap replicates to get a good estimation:

And finally we plot the ROC curves:

And the confidence intervals:

Last we add the p value of the ROC comparison test:

And that's it, we have generated the image above!

You can find more such examples on the screenshots page on ExPASy! 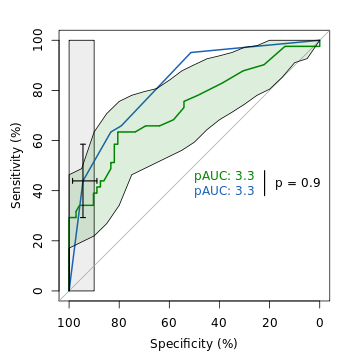